Home » What are Trojan Horses and Know How Trojan Virus Works

What are Trojan Horses and Know How Trojan Virus Works

For those of you who often surf the internet, have you ever thought that the computer or laptop you are using is free from worms, viruses or Trojan horses?

It is very difficult to detect whether they are free from all three, because they are a very dangerous threat if it comes to infecting your computer. These three attacks are not visible directly, they usually act behind so they are not seen directly.

What are Trojan Horses?

Trojan horse virus is software whose function is to damage. This virus is a type of malware that pretends to be another piece of software.

Trojan horses can disguise themselves as links, files, software, and even emails “as if” came from an official company and this virus will ask for permission to access the device.

For example, one day you get an email informing you of a gift from a company and when you click on the link your computer is infected and Trojan horses have taken control of your computer and can steal your personal information.

Trojan horses are commonly used to retrieve important data from victims. In addition, the perpetrator who sends the virus can snoop on computers affected by Trojan horses. Worst of all, the virus sender can gain access to your computers backdoor.

Of course, you can’t take this for granted. Moreover, Trojan horses only need one click to bring you harm. Well so that doesn’t happen, you need to understand this malware to how to remove the Trojan virus.

The Origin of the Trojan Name

The name of this virus is taken from the “gift” of a horse statue given by the Greeks to Troy. This horse statue is considered harmless and is allowed into the Trojan fortress. However, inside the statue of contents hides the Greek army that is preparing to attack.

Greek soldiers then came out of this horse statue while the Trojans were sleeping. This unexpected attack then made Troy fall and be destroyed. The way this Trojan horse virus works is similar to the attack carried out by Greece on Troy.

Now in malware, Trojan horse means a tactic that causes device users or website visitors to unknowingly bring malware into the device or website.

The difference is, the modern version of the Trojan is not in the form of a horse, but rather deceptive software or links that look convincing. Let’s find the answer in the next section.

This virus mostly hides behind files with executable formats (such as .exe files). Trojan horses can enter your computer when you download files from unknown sources.

Here’s how the Trojan works:

This malware is only active when you invite it to enter your device. So in conclusion, the Trojan needs the help of the victim to be able to act.

Trojan viruses are divided into several types, the difference between these viruses can be seen from how the Trojan affects your computer. Here are some types of Trojans that can attack your computer:

Backdoor Trojan allow them to perform any action on an already infected computer such as sending, receiving, uploading, deleting, rebooting the computer and other actions without the owner’s knowledge.

Rootkits are a kind of Trojan designed to hide certain activities on the system so that it becomes heavy and slow.

This type of Trojan masquerades as an antivirus tool that demands payment for a virus that doesn’t actually exist.

This type of Trojan is capable of stealing important account data such as credit card and other banking information.

This Trojan attacks the target website address and is able to stop internet services.

Trojan that comes with the software you install includes the presence of adware and advertisements that are not clear.

How to Know a Computer Infected with a Trojan

Trojan attacks often go unnoticed. You will find it difficult to know where the Trojan is nested because this virus hides as ordinary software.

However, you can tell if there is a Trojan that infects your computer from your computer’s performance that continues to slow down or crashes frequently.

Then, there is a possibility that your computer’s display changes such as the screen resolution or taskbar changes. Often your computer suddenly opens ads or a lot of spam in your email.

In order not to be infected by a Trojan, you need to be careful when using your computer. Make sure you download the file from a clear and trusted source. You should also be careful opening links from incoming emails.

In addition, you also should not carelessly open the ads that appear. You can also set your internet browser so that you can confirm when a file is downloaded. These methods should be able to prevent Trojan horses from attacking your computer.

So what to do when a Trojan horse attacks your computer? You can see currently running programs in your task manager. If you notice a suspicious program that you never installed before, there is a possibility that it is malware.

Here’s how to remove the Trojan from your computer:

Currently antivirus is mandatory software on the computer. Installing this virus removal program will prevent malware from entering, detect suspicious things, and as a way to remove Trojan viruses.

It is important you know, the character of each antivirus is different. It is because there are many types of Trojans. Therefore, choose the best antivirus that best meets your needs.

When you receive a foreign email promising an attractive offer, be careful. It could be that you are dealing with a phishing email. Phishing emails are emails that aim to trick someone.

Usually, the email includes a file, link, button, or anything else that can be clicked on. So before your curiosity brings disaster, you shouldn’t be tempted to click on it.

Cyber criminals often take advantage of panic to launch their actions. One of them is in the form of a pop-up.

If you are browsing a website and suddenly a pop-up appears stating the device has been infected with a virus, calm down. Panic will only push you to do what the hacker wants you to do.

So, immediately get out of the website. And to track the presence of the virus, please immediately scan the device with antivirus software.

Do you like downloading files or apps from unofficial websites? Whether to play games, read e-books, or search for apps that are not on the Google Play Store.

From now on, you should stop these dangerous activities. The reason is, it could be that cyber criminals insert a Trojan into the file you download.

When you come across a WiFi network that provides free access, be careful. An insecure internet network usually opens the door wide for the Trojan virus to enter. So, you can login without a password.

When you log in without a password and take advantage of the free internet, you are at risk of being exposed to a Trojan virus. Therefore, you should only use a WiFi network that has guaranteed security.

Not only computers, Trojans can also attack your website server. Worse yet, ordinary antivirus cannot eradicate malware that is lodged on the server. Therefore, it is important to use web hosting with a tight security system.

The reason is, this malware is able to sneak through system security holes. No wonder service providers regularly upgrade their security versions so they don’t fall behind. But to get the latest security system, you have to update your device or website first.

Even if you have taken steps to prevent Trojans, you should still make backups. By backing up all device data or websites, you will not panic if you are exposed to this malware.

You already know what Trojan Horses are? Yup, that’s right, Trojan horses are malware that can disguise themselves to enter computers and attack website servers.

To deal with this malware, there are various ways to remove the Trojan virus that you can do.

You have to be more vigilant, tighten device protection, use safe and trusted web hosting and also install the best antivirus software. 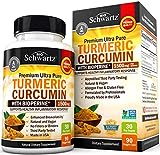 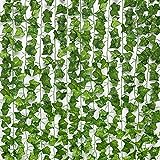 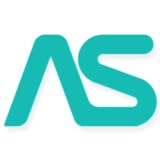 (93276)
$0.00 (as of June 27, 2022 23:04 GMT +07:00 - More infoProduct prices and availability are accurate as of the date/time indicated and are subject to change. Any price and availability information displayed on [relevant Amazon Site(s), as applicable] at the time of purchase will apply to the purchase of this product.)

(58033)
$299.00 (as of June 27, 2022 14:48 GMT +07:00 - More infoProduct prices and availability are accurate as of the date/time indicated and are subject to change. Any price and availability information displayed on [relevant Amazon Site(s), as applicable] at the time of purchase will apply to the purchase of this product.) 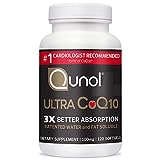